Nosagenda released it's first edition of the Nosagenda Magazine in June 2019. Our objective is to publish a magazine in three languages twice a year, in June and December. In English, Portuguese and in Dutch.

In the magazine you will discover the diversity of local talents on a paradise archipelago in the Atlantic Ocean, about 500 kilometers from the west coast of Africa: Cabo Verde. A country where love without borders (amor sem frontera) is the unifying factor of all Cape Verdeans in the diaspora. 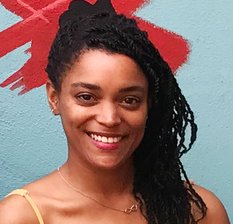 Raisa interviewed Elga for her thesis on the traditional Cape Verdian dances and history.  During these conversations Raisa became inspired by Elga’s vision.

After graduating and working abroad in Cape Verde, teaching kids drama and directing plays, she reached out to Elga in 2019.

Within the team, she assists with production of the team, so that the magazine can grow and inspire as many people as possible. 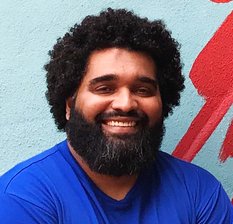 At a young age I started drawing and painting with my uncle. This is where my love for the creative industry starts
to develop. At the age of 19 I moved to The Netherlands where I studied typo / graphic design at the media college
Amsterdam.

After a lang journey searching for a way to give back what I’ve learned in my creative journey, I found Nosagenda
who to me is the perfect fit to give back, inspire and get inspired by others. I join
the team in 2019 and sinds we’ve been working hard to make Nosagenda the most inspiring magazine with
Capeverdiaan roots. 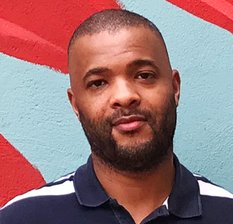 At the beginning of the project to create Nosagenda Magazine, Elga asked Ermelindo to join this beautiful initiative.

Ermelindo is mainly involved in creating content of the magazine and sales & promotion. He is motivated by the idea to share stories about Cape Verde with the goal to inform and inspire others.

“Being a member of the Nosagenda team is great. As a volunteer I have always learned a lot of meeting new people with a different background and working together to realize ideological projects”.